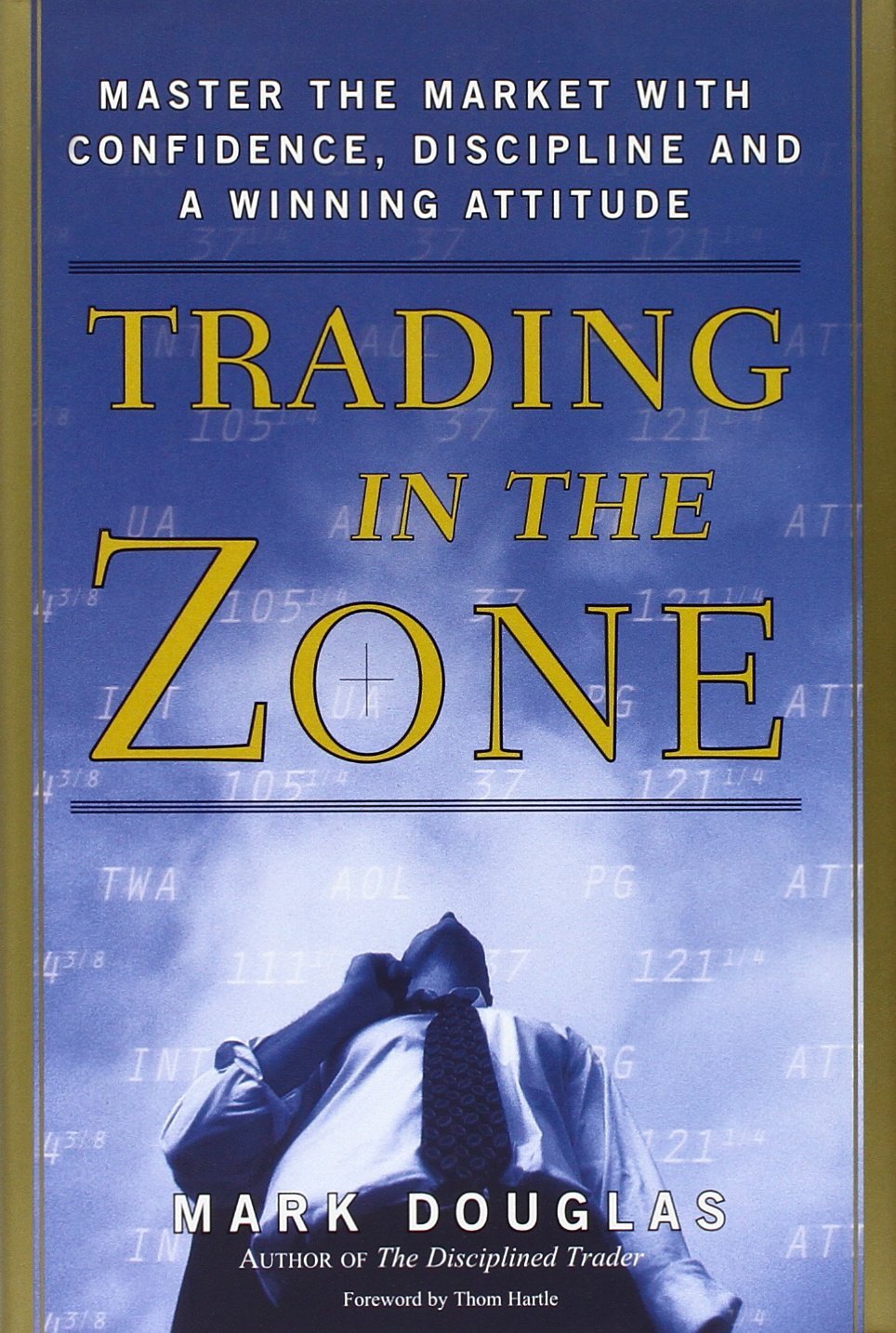 Trading in the Zone was written by Mark Douglas in 2000. It is regarded as a classic in the field of trading psychology, alongside publications by Alexander Elder such as Trading for a Living. Mark Douglas passed away in September of last year at the age of 67, leaving behind a legacy of publications that have helped and continue to help many traders with the mental game of trading.

Getting to the bottom of the author’s story

In his book Trading in the Zone, the author explains why he feels trading well is such a different ballgame than, say, performing well in business. Why do the vast majority of people who are successful in business and other fields fail terribly as traders?

According to Douglas, the abilities we learn in school and carry with us throughout our lives turn out to be entirely unsuitable for Trading. Because the trading process is unique, traders must relinquish all of the abilities they’ve developed in other aspects of life such as in trading classes

in order to become effective and consistent traders. He concludes that the deciding element is psychological: consistent winners think differently than everyone else.

Trading in the Zone is a book that shows how successful traders think differently than most other traders. 90% to 95% of traders are unable to produce regular gains. Pretty much guarantee, it appears that being a consistent and effective trader is something that could be learned.

Mark Douglas served as a direct counselor to nearly every sort of trader in the industry, including several industry’s largest floor traders, hedgers, and option experts. At its most basic level, Mark feels that there must be something inherent inside the way our minds operate that does not align with the industry’s features.

Mark Douglas tackles the most prevalent challenges associated with trading from a psychological standpoint in this fascinating and highly recommended book, suggesting ideas for dealing with them in the best possible way.

The first issue revolves around highlighting the addiction that new individuals develop when they may profit from a random exchange. With it comes the expectation of occasionally obtaining a lucky winning transaction, even after a losing string and regardless of the overall situation. The recorded recollection of that wonderful moment when luck smiled on you inspires you to keep trying.

Another significant issue that causes even educated individuals to fail at times is the acquisition of success in other commercial endeavors. The ability of a good entrepreneur to manage the surroundings and circumstance is based on his abilities. In trading, however, the capacity to quickly respond to the real situation is the winning component. It is feasible to benefit from what causes those changes by being able to respond to varied settings.

Trading is extremely risky since it involves the possibility of a loss. The reaction to a particular loss is what establishes a skilled trader’s abilities. Nobody enjoys losing money, and it always has a negative influence on one’s attitude. So here’s where taking a stock trading class comes in.

A smart trader understands that risk is an inherent element of the Trading, and recognizing it puts you on the correct track to prevent irrational reactions fueled by uncontrollable emotions.

When a great trade opportunity is squandered, the same thing happens. Even in this situation, it’s vital not to give in to your feelings. In a compensating effort, your obsessive ego wants you to chase pumps, which may be more unproductive than anything else. Even the finest technical analyst will fail if they don’t have emotional control.

Another issue that is associated is risk perception. A skilled trader, who underwent a stock trading class, does not judge his overall trading skills based on the outcome of his most recent deal. The danger is fundamentally the same in any circumstance. Allowing a losing string of transactions to alter your impression of the issue without an objective assessment is a mistake.

The market is unconcerned about your emotions. Continue trading the market according to your defined strategy if you’re observing your risk management guidelines and your technical evaluations aren’t being refuted or may talk to a professional and undergo a One-on-One Trading Coaching for a trading class.

The “uncertain principle,” coined by Mark Douglas, is a well-developed idea.

It’s hard to ascertain what will happen in the future with 100% precision. Anything may happen at any point in time. As a result, as traders, we must analyze the likelihood of a specific setup triggering and modify our attitude accordingly.

A trader must be in sync with the market to be profitable. Many traders finish up challenging the market and are eventually burnt. Furthermore, rather than trying to suit the market to your present mood or odd notion, it’s best to conform to the trend.