Consequences of War on the Stock Market 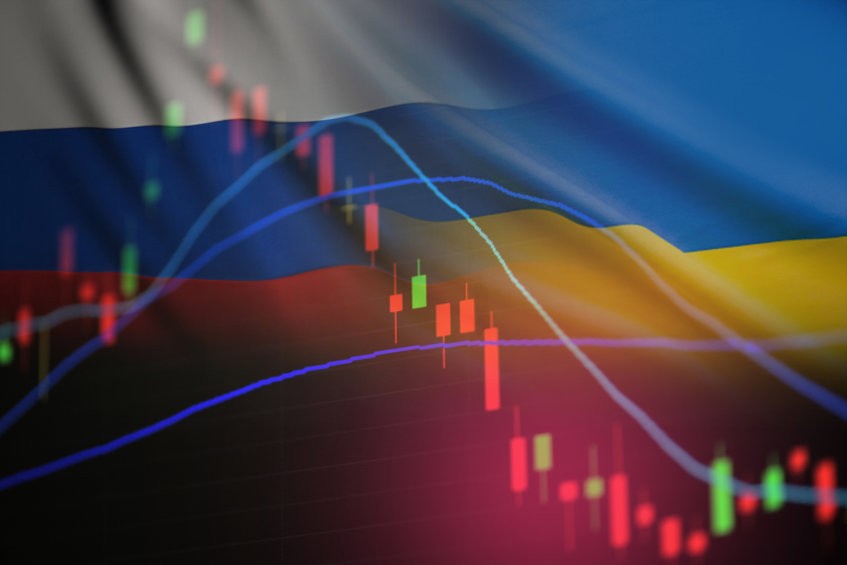 Automated stock trading systems are among the most valuable tools to have for traders, especially the younger generations who are fairly new to the game and have not experienced major global events such as wars in their lifetime. By having an automated trading system, young traders can prevent their emotions from ruling over their trading decisions due to anxiety and panic over the possible consequences of war on the stock market.

War is a terrible thing because it destroys lives, hopes and dreams. Even if it only involves two different countries such as Russia’s attack on Ukraine in February 2022, it can’t be denied that there’ll always be a domino effect that will adversely affect other nations around the world in one way or another.

For a new trader, especially the younger ones without any personal experience yet on major worldwide events, the recent war can be daunting. Many probably have sold their assets before their values go down as the war begins. Others may have thought that it’s the best time to buy low-value assets.

But what are really the consequences of war on the stock market?

Without auto trading systems, it can be nerve-racking to determine the best time to buy or sell specific stocks. One has to go through the statistical calculations of the indicators that can help predict the market’s movement on a daily basis. So make sure you have an automated system with trading alerts to ensure making the right decision at the most crucial time without losing your sanity.

Perhaps the best way to gain insights on how war affects the stock market and make better trading decisions in times of war is to look at major events in the past. Surprisingly, researches have revealed that the market often reacts to wars differently than what most people, if not everyone, expect.

The Paradox of War and the Stock Market

In a research entitled The War Puzzle by Swiss Finance Institute researchers Amelie Brune, et al., it was found that when there is some sort of a pre-war phase, the increased likelihood that a war will occur will typically decrease stock prices. However, once the war finally erupts, stock prices increase. On the contrary, a war that starts suddenly tends to bring stock prices down. The research needs further study though especially for investors and traders because there’s no clear explanation for this war paradox.

On a similar note, Armbruster Capital Management President, Mark Armbruster, conducted a study covering the stock market’s performance from 1926 to July 2013 and comparing it in times of war within the same period i.e. WWII, Korean War, Vietnam War and Gulf War, among other wars wherein the US is involved in one way or another.

Stock market volatility was generally lower during wartime, except during the Gulf War which had some unique major factors at play. More interestingly, the comparative study also reveals that stocks in the large-cap and small-cap markets outperformed with less volatility during war times.

Ben Carlson, CFA, of Ritholtz Wealth Management, also points out that during the two World Wars, the U.S. stock market was up with a combined total of 115%. More specifically, the Dow Jones Industrial Average was up:

The key takeaway to the war paradox is that the effects of armed conflict on the stock market is generally counterintuitive, as there are exceptions especially when there are unique factors at play. To ensure making the right trading decisions at exactly the right moment, investing in automated stock trading systems is a wise move for any trader both amateur and expert alike.

Traders and investors seem to currently have learned to dismiss geopolitical and economic conflicts more often these days. It’s not surprising though, considering that the stock market has recovered from major shocking events in the US such as the Great Financial Crisis and the 9/11 terrorist attack.

Such a dismissive attitude towards these major conflicts was seen during the US conflict with Iran in 2019, wherein financial professionals and experts were sticking to their usual trading strategies and avoiding getting bogged down by the news headlines.

Another reason for this indifference to major global events is perhaps traders have learned the strategy of trend following, which basically allows them to maximize their profits by making precise trading decisions without the interference of human emotions. Check out the One-on-One Trading Coaching conducted by Monster Trading Systems’ founder for more details about this practical trading technique.

The Effects of Russia’s Attack on Ukraine

When Russia attacked Ukraine in February, the S&P 500 index dropped at least 7% in the following days and weeks. Fortunately, it recovered after a month, and in fact, the prices reached more than during the pre-attack period despite the elevated price of oil per barrel.

Short-term traders can benefit from learning which stocks are affected by armed conflict as evidenced in the Russia-Ukraine conflict. Here are some of them:

To ensure trading based on factual market trend movements and preventing your emotions in making trading decisions with or without wars, make sure to have the best auto trading systems that suit your expertise and market focus. Monster Trading Systems have various solutions to suit every type of trader. Check out our range of products today.